Do you love violent crime stories? Check out AJ Adams! Romance, violence, murder, and mayhem, all twisted together in off-beat, action packed stories featuring the Zeta Cartel in Mexico and the Camorra in Italy.  All stories are complete and self-standing.

"A beautifully twisted love story"
Damn, I just finished this book. It was unlike any other romance I've ever read. I mean after that first chapter I thought no way is this a romance novel? Read Charles M. Smith II's review of The Bonus here.

From the opening page I was hooked, this is in no way a typical love story it was dark and dangerous and held me completely captivated! Read Tracey's review of The Bonus here

"One of the best dark romance ever!!!!"
There is a twisted romantic relationship, a great story line, but the main characters are so intelligent that they are always trying to outcome each other, it's so entertaining and simply delicious, the girl is so strong and so feisty a really refreshing change in the common formula of a dark romance. Read MATY's review of The Degas Girl here.

"Wow!"
It's always great to find an erotica book where the sex takes a backseat to the plot. Read VLL's review of The Degas Girl here. 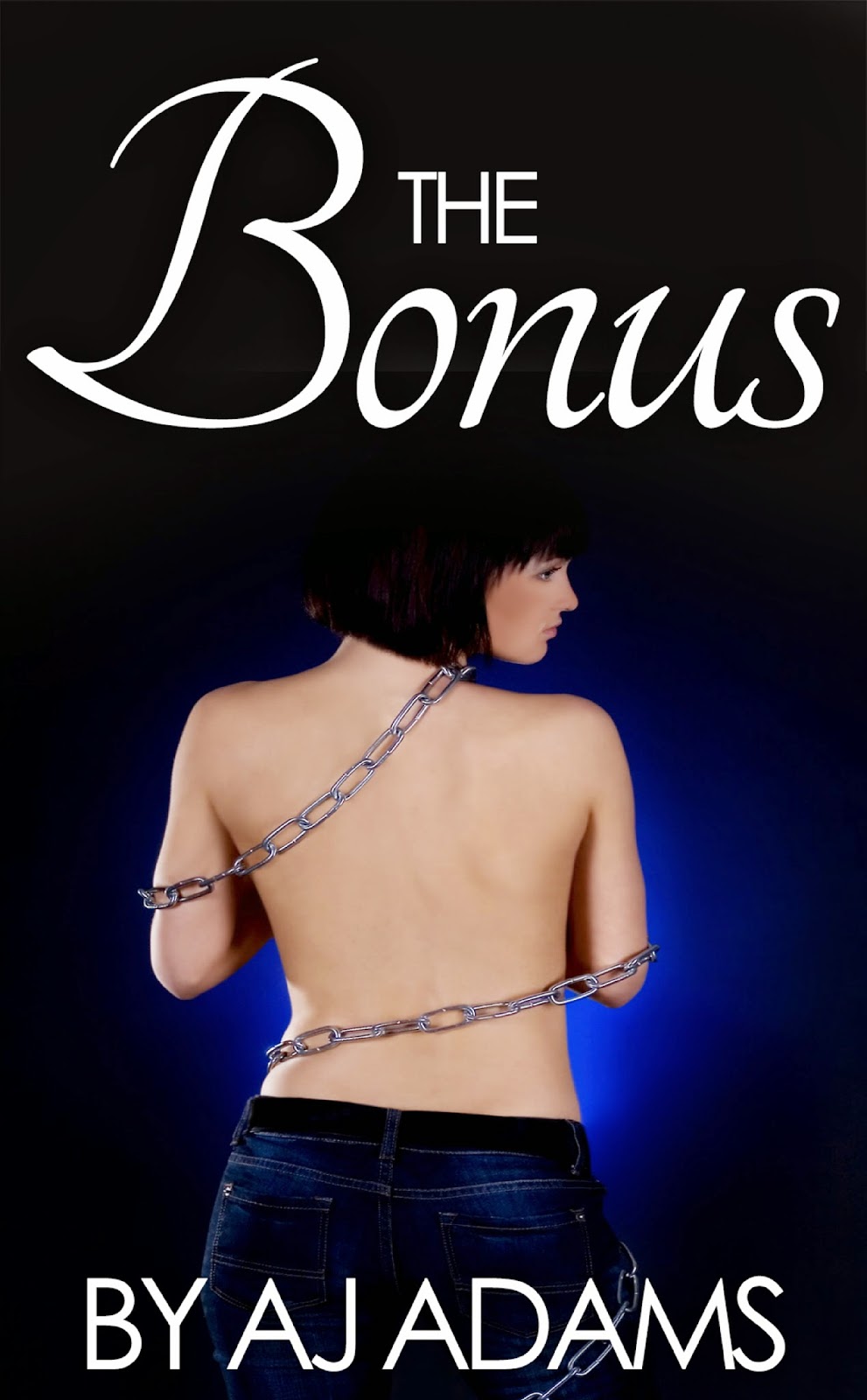 Chloe is a seasoned drug courier who finds herself in the wrong place at the wrong time. Facing a lingering and painful death at the hands of the Zetas, Mexico’s most brutal cartel, she persuades their enforcer to claim her. Has Chloe made a huge mistake, or will her choice prove her salvation - and his?


Read the first chapter for free.


Buy The Bonus on Amazon US 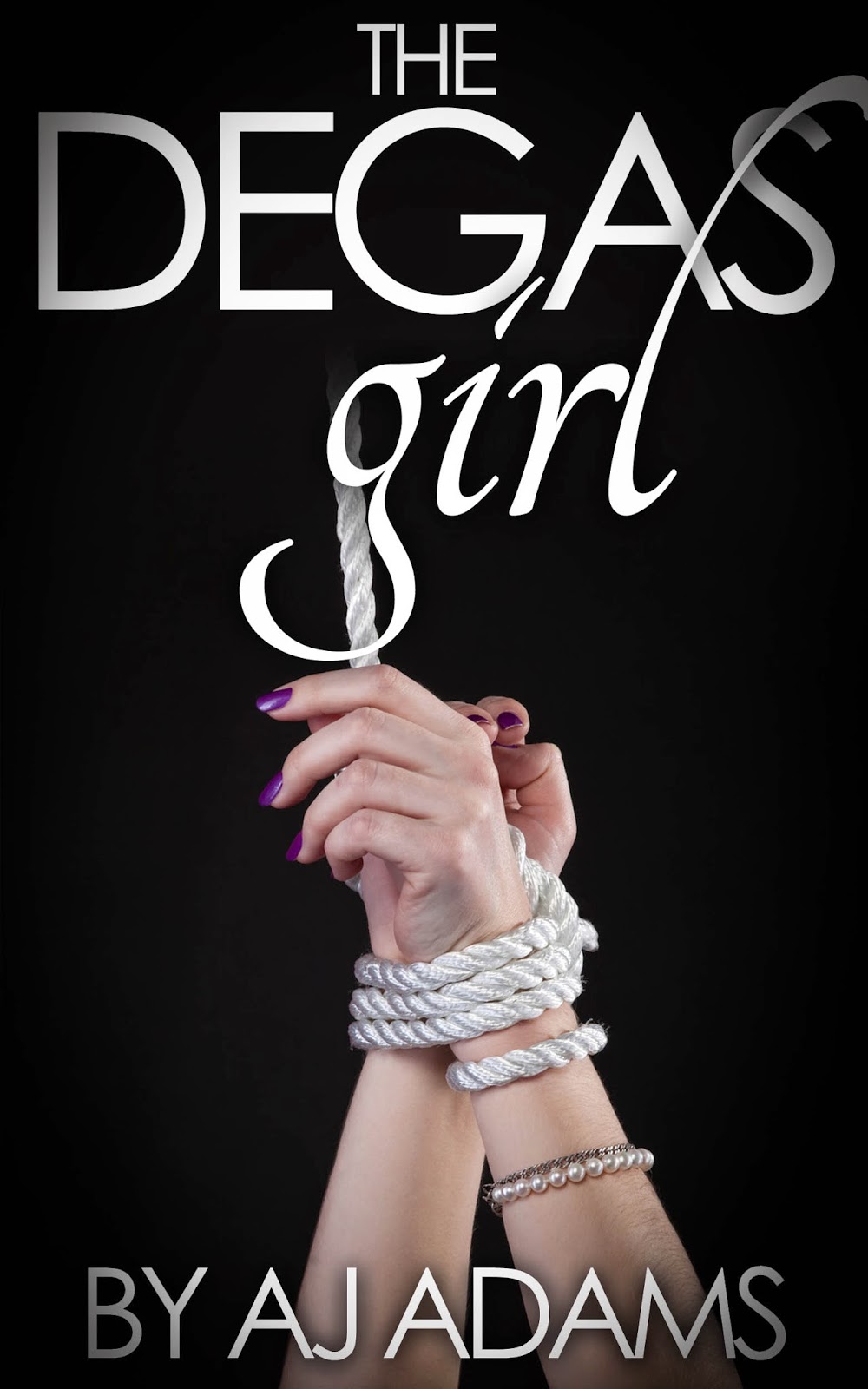 The Degas Girl
By AJ Adams
Published 16 May 2014
Price US$3.99
#1 Paid Amazon Kindle US and UK Organised Crime category July and August 2014

He wore jeans and a turquoise T-shirt. The colour made his eyes look blue instead of green. I wasn’t fooled by his looks and his gentle ways. This man had a will of iron, and by the way he looked at me, I could see he was just as determined to control me as Angelo. He just used his tongue instead of his fists.

I’d go along with it, because anything that kept me out of the hole meant I had a chance to escape. I’d pretend to be docile, and as soon as he fell asleep or took his eye off me, I’d make a run for it.

He looked me over, frowning slightly. Suddenly I wondered if he was changing his mind. Maybe he wasn’t going to let me eat. Maybe it was a game. Maybe he’d show me the food, and then tie me up and leave me to starve while he stuffed his face. I was trembling at the thought.

Zachary Schiavelli is an art thief and forger. His handsome face is merely the mask that hides a cold, calculating man whose own childhood of abuse has honed him into a remorseless killing machine.

Zachary is about to take an intense disliking to Angelo.

Sometimes you need to fight fire with fire.

In a violent tale of mob rule where violence begets violence, an unlikely alliance between two forces of nature is about to change the face of organized crime. When Serenity and Zachary collide, it’s an unstoppable force meeting an immovable object, and everyone around them is about to get caught in the crossfire.

A complete novel with no cliffhangers. 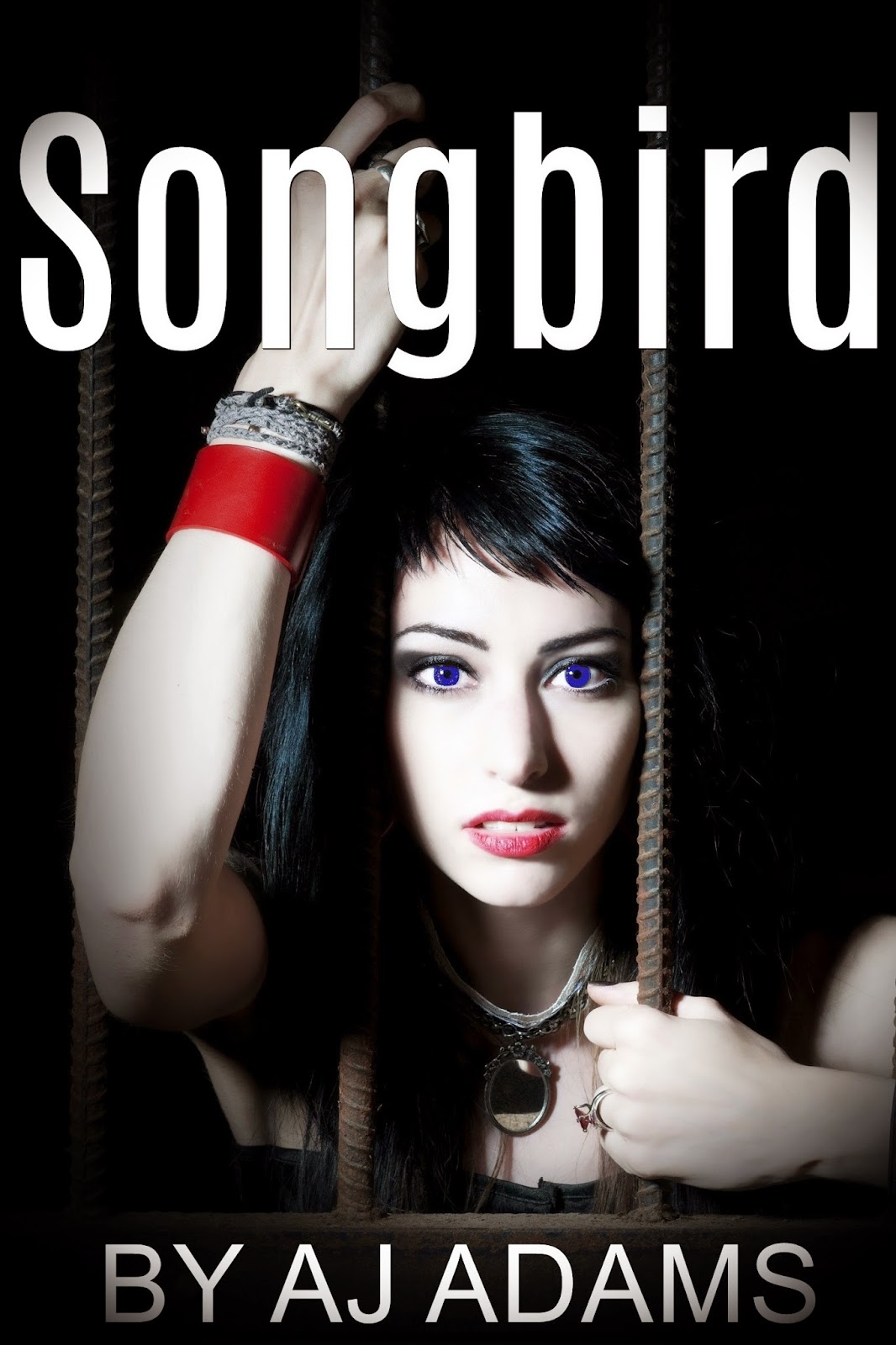 Songbird
By AJ Adams
116,000 words
Price US$3.99
Published October 2014
Complete and standalone novel that can be read in isolation but if you've read The Bonus you'll recognise some of the characters.

“You’re the big boss.” She looked up at me and smiled. She was dressed in a cheap cotton shirt and jeans that should be on the burn pile, but that smile was pure gold. This girl had guts.
“I told José he was a fool to try and cheat you,” she said. “I wasn’t part of it, and I don’t work for you. I was just in the wrong place at the wrong time.”
She’d heard about our policy protecting bystanders. Of course it doesn’t apply to anyone whose eyewitness testimony can put me in a courtroom. Well, try to put me in a courtroom. In Mexico nobody would dare accuse me, and I’ve enough resources in England to guarantee a police investigation would come to nothing, but it’s not my style to take chances. Solitaire would be going into the ground along with Escamilla.
“Mr Vazquez,” Solitaire gave me her best smile. “I don’t expect something for nothing.” She dropped her voice. “You’d like me,” she whispered. “I’ve heard about you. We’re the same.”
“Are we?”
“Yes, I can make you very happy.” She brushed my hand over her cheek and then kissed my palm. “I’m a very good girl,” she said quietly. “Unless you prefer a naughty one?”
She sucked my thumb, and I was instantly rock hard.


Songbird on Barnes and Noble
Posted by Unknown at 2:02 PM